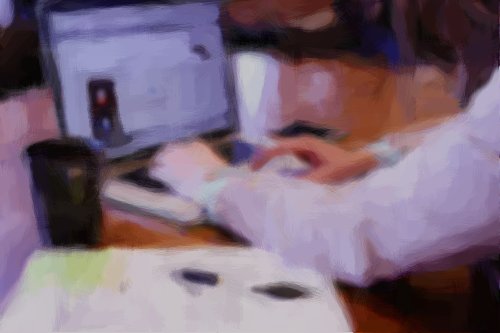 I’m still a pantser for the most part. I do character questionnaires as the characters pop into the story. I use the Bing map to lay out where my story is happening, again, as the need arises. Both are just a tactic I use so I don’t forget details and end up making new particulars that don’t fit.

The process is slow. Most of this is due to the passages with physical movement by the characters. I find them hardest for me to do. Thoughts, dialogue, and description are the easiest. It’s a good thing my preference in genre isn’t something like Action and Adventure. I’m relatively sure I wouldn’t have a chance in that, and I would have given up long ago.

During the summer I was hoping to get more done. I was telling everyone, including myself, that warm or cold weather didn’t matter. I still think it doesn’t, but looking at the difference between what I did in the summer vs. what I’ve accomplished just in the last three weeks, there’s obviously something about summer that puts me in a slump.

Could it be that my poor little brain cannot get off the school time routine? School starts in August for the U.S. students these days. Back in ancient times, when I was in school, the school year started in September. I was one of those kids who was chomping at the bit to get back to the classroom by the second week of August . Summer had become a big ugly bore for me. Still, I’m quite certain my motivation wasn’t really ready until September. I would walk into the classroom, sit in my assigned seat and willingly put my nose to the grindstone.

Since the latter part of that first week of September, I’ve had good writing spurts. I’m not up to good sessions yet, but it’s better than working like a snail.

Did I hear you whispering about NaNoWriMo? No, don’t expect me to do it. I have a distraction that’s unbelievably annoying. There would be too many days when I wouldn’t get enough done. Get rid of the distraction? I would if I could, but I can’t.

Still, there’s a lot I can do to boost my output. Most of what I need is psychological in nature. Whatever works, right?

I still don’t have a new desk top. I’ve come to the conclusion that it just isn’t going to happen. However, I spotted one at the Wal-Mart site that is within my budget because of birthday money I received. It isn’t super fancy giving me oodles of surface space. It isn’t even real wood, plaster board. It does have the CPU compartment where I want it. It does have a couple of drawers instead of one. And most important psychologically, it isn’t an orange tinted wood stain. It’s charcoal! I’ll still need the shelf for all of the cable equipment, but I do have a piece of wood that will suffice for that. Sure, doesn’t sound psychological, does it? But it is. This orangy finish is so ugly and disquiet.

My space isn’t the only thing that needs rejuvenate.

Some of the blog posts I’ve been reading talk about when writing should be and how much time a session should be. For the longest time, I thought my schedule was okay. I’d like to start at about six in the morning, but there’s that distraction. So I opted for 9:30 to 11:30am. Then another session at 2:00pm for another two hours or more. But then I started questioning the wisdom of all that advice. Is a two-hour stretch enough? How many breaks are right for me? How about all those who write at night?

Come to find out, if I can’t start early, I’m better off waiting until at least 11:00am to start writing on my WiP. The morning is filled with other things that are kind of an obsession with me. Make the bed. Put the morning dishes in the dishwasher and clean off the kitchen surfaces. Do the laundry. Clean bathrooms. Vacuum and dust. By rearranging my time to write, I will get more of the story down and will be more focused. I can write from 11am to 3pm without having my brain go off to something else. Even after that, if the motivation is still high, I could continue for another two hours.

Of course, because of when I’ll be writing, I’ll need food that can sit on my desk and won’t taste raunchy if it lays there a while. Additionally, it has to be filled with protein, and be a little light on salt. There’s only one dish I’m going to have trouble with. That’s my cottage cheese with fruit. It’s a mainstay for me.

Yes, I’ll take a break or two in that span, but no more than ten minutes.

I will be at leisure on the weekends. Working on my WiP without some sort of long break is bound to make me go bonkers. This doesn’t mean I won’t work on it at all, but there won’t be the strict schedule. Instead, I’ll be working more on my blog post, writing comments at other blogs, sending email to friends, and doing some reading. Sure I do these things every evening, but I’m tired then. I’m sure it shows in my writing.

I won’t be visiting as many blogs during the week, waiting to do most of that on Saturday and Sunday. This will afford me time to expand my character questionnaires so they don’t have any chance of being less than three dimensional. At least, that’s what I’m hoping for.

Will this new plan work? I think it will, although it remained to be proven.

Have you revamped your work plan lately?

“Being in the mood to write, like being in the mood to make love, is a luxury that isn’t necessary in a long-term relationship. Just as the first caress can lead to a change of heart, the first sentence, however tentative and awkward, can lead to a desire to go just a little further.” ― Julia Cameron, The Right to Write: An Invitation and Initiation into the Writing Life

13 thoughts on “Redesigning My Work Plan”