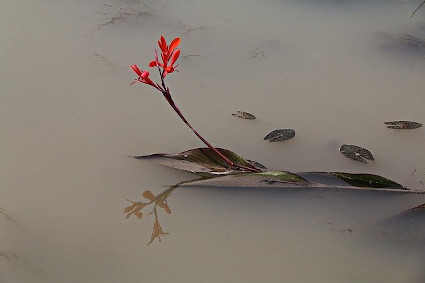 As a child, I thought of myself as being vulnerable, a wimp to the max. I wouldn’t allow myself to get into situations where I would need to fight. Even arguing was avoided whenever possible, unless it was with my brother. My “best friend” bullied me into circumstances where I knew better than to follow her lead. Yes, I would end up going along with what she wanted to do even though I’d be punished if my mother found out. Remarkably, my mother didn’t find out about those adventures I was coerced into being a part of until years later.

Yet, those years of being what I believed was a spineless wonder, helped me know myself better later on as a young teenager. My junior high schooldays [now called Middle School] were usually spent alone outside of school. The “best friend” had moved on to other girlfriends and had shown an early interest in boys, which hadn’t become a part of my life quite yet. During those hours of solitude, I learned that my introverted ways had little to do with fear. That “best friend” had taken advantage of my temperate nature was all. At school, I developed a mask of self-reliance that, within the course of time, became a true part of me.

Not long ago, I read an article in The Cut by Lisa Miller in which she talked about letting go of her toughness in the process of falling in love. Until that point, she had armed herself with courage and determination that saw her through virtually all difficulties both large and small. But her heart was broken, which let to Lisa feeling vulnerable. Something she hadn’t experienced before. It wasn’t clear to me if she had discovered she needed to learn about the sensation of fragility though. In my opinion, it was just what she needed to experience.

The toughness one exposes against whatever imperilment he or she faces in life could be damaging to that person’s ability to expand in new experiences that are throw in front of him or her. It has been my experience so far that vulnerability can help me with self-reliance and confidence to I can brave new situations with less anxiety. To put up barriers against all things threatening is going to sharply limit my life. I can’t imagine anyone wanting that.

Nevertheless, there is a fair amount of people who have put a fortress of toughness around them believing they can shield themselves and still take part in novel experiences if they so choose. But they don’t choose the new circumstances and, instead, stick to the experiences in their lives that have become mundane. Of course, with their armor about them, how can they even be aware of what is out beyond it? No, I doubt seriously they see anything on the other side of the fortress. They are likely not to have any idea about what they are missing.

Could this defiance against candor and vulnerability be what is missing from the leaders of our countries? What should be said and achieved for the good of the citizens is being coverted. In order to be an effective leader, I would think that person needs to go way outside the box of norms whenever the circumstances call for it. Well, in my opinion, this is most likely one of several reasons the quality of leadership had plunged to the depths of hell.

On a much small scale, are people lonely because they won’t let go of their straiten ways? These people are wanting in friends and others who could help them with their endeavors. I know this because I used to be one of those people who hid behind a badass facade when I was first disabled. Taking the risk of saying something that might have been inappropriate or asking for help just wasn’t going to happen, as far as I was concerned. It wasn’t until a few years later I ventured into conversations that left me exposed to belligerence. The peculiar thing was, there wasn’t all that much argumentativeness from those people I opened up to. Some of the toughness I girded myself with wasn’t necessary. And I found the times that brought on strife helped me learn about myself and others.

This isn’t to say I believe toughness isn’t needed in life. It is, especially with all the ways people communicate now. A lot of the niceties in conversation have gone by the wayside since the emergence of technology. On the other hand, it’s probably a learning process just like anything else.

What are your thoughts on toughness?

“Toughness is not hardening, toughness is withstanding all the forces that want you to harden, whilst still retaining your sensitivities and your humanness.”
― Drishti Bablani